CHICKEN GAME – WHOEVER FLINCHES FIRST HAS LOST. BUT IF NO ONE GIVES IN, EVERYONE LOSES. 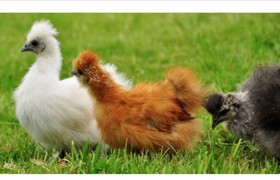 How to make a soft Brexit possible – economically, a Brexit without an agreement would be a blow to especially Ireland, England and the entire European Union. Boris Johnson and his advisers firmly believe in a no-deal paradox: the more credibly the UK prepares for a no-deal farewell, the more likely it is to be prevented. The EU would then be prepared to amend the agreement in order to prevent the painful no deal. It is a classic game theoretical situation: the chicken game. Whoever flinches first has lost. But if no one gives in, everyone loses.

The Brexit drama is approaching its climax. In London, the nerves are tense enough to be torn apart, a sharp conflict between government and parliament is looming. Prime Minister Boris Johnson has asked the Queen to suspend parliament to fight the Brexit; the Labour opposition is shouting scandal. The positions between the London government and the EU have also hardened. The biggest point of contention here is the “backstop”, the regulation to prevent a hard border in Ireland, which in the view of the Brexiteers ties Great Britain to the EU like a chain.

Johnson has committed himself to leaving the EU on October 31st, with or without a treaty. He does not rule out no-deal brexit and has intensified preparations for such a turbulent exit. He and his advisers firmly believe in a no-deal paradox: the more credibly the UK prepares for a no-deal farewell, the more likely it is to be prevented. The EU would then be prepared to amend the agreement negotiated by Johnson’s predecessor Theresa May in order to prevent the painful no deal. It is a classic game theoretical situation: the chicken game. Whoever flinches first has lost. But if no one gives in, everyone loses.

Many in Brussels and Europe’s capitals are secretly hoping that Johnson’s hardliner government will fall or that Parliament will take control of the Brexit course and prevent a withdrawal without a treaty. Labour leader Jeremy Corbyn wants to dismiss Johnson by means of a motion of censure and himself take the helm of a transitional government. He would also have to pull Jo Swinson’s Liberal Democrats and Tory deviators to his side. For the vast majority of the bourgeois, however, the socialist Corbyn is a red rag. The old Marxist is probably the main obstacle to a united opposition.

The chances that the opposition and Brexit rebels of the Tories in the House of Commons will take control of Brexit are not too high either. The peculiarities of the parliamentary processes in Britain and the strong position of the government make it difficult for the rebels to set up a blockade. Parliament is deeply divided and the Brexit clock is ticking mercilessly.

It is very likely that there will soon be new elections. Surveys show that the Johnson government, perceived as energetic, has gained popularity. Conservatives are well ahead of Labour because Johnson is digging the water out under Nigel Farage’s Brexit party. In new elections Johnson could win a majority of the seats, at least if voters chastise the Brexit chaos more against his opponents than against him.

Economically, a Brexit without an agreement would be a blow to the country. Chaos and long queues at ports and border crossings, disruptions in supply chains and higher prices due to tariffs and the devaluation of the pound caused the British economy to crash. But the rest of Europe will also suffer, especially Ireland due to its close trade links with Great Britain. According to a recent Ifo analysis, the green island would lose even more economically than Great Britain. The economy in the euro zone is already paralysed, Germany is staggering towards recession due to the weakness of exports and industry. A Brexit shock at the end of October could send the whole of Europe into recession.

Do we really want to risk that? Isn’t there still scope for a compromise in order to avoid the hard Brexit cliff? The backstop for Ireland was well-intentioned, but it is becoming more and more apparent that this clause is counterproductive because it makes an agreement impossible in the end and as a result threatens what should be avoided: a hard border between Northern Ireland and the Republic of Ireland. At this border new conflicts can easily ignite; militant activists of the New IRA have recently shown with bombs in the county sheep Fermanagh that they are still capable of fighting.

The Johnson government has so far made only vague proposals on how a hard border can be avoided without a backstop. Brussels, London and Dublin, however, should quickly abandon their hardened stance and seriously consider technical solutions to electronically record and process goods traffic and transports. In Dublin, the rumour is spreading that controls have already been planned some twenty kilometres south of the border with Northern Ireland.

In order to cut through the Gordian Brexit knot, the EU should also move and offer a compromise, as proposed by the Institute for the World Economy. Granting London the right to terminate the backstop with two years’ notice could increase the chances of reaching an agreement on a deal by leaps and bounds. This made a soft Brexit possible. It would be tragic if Europe and Britain failed to reach an agreement. Unfortunately, the risk of this happening has increased significantly. 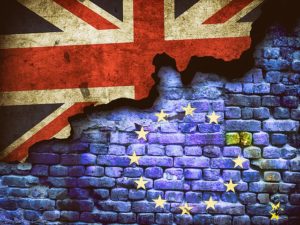