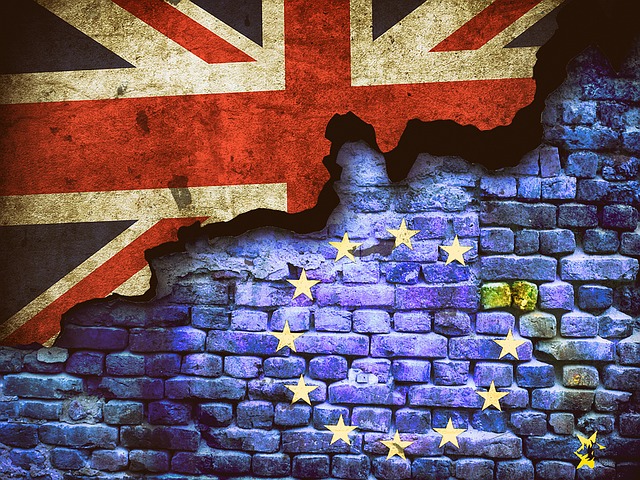 An opinion from Stephan Werhahn and Ulrich Horstmann, January 6th 2021

Great Britain left the European Union at the beginning of this year. The BREXIT (British Exit) became a reality. An unregulated exit could be avoided. The new partnership between the EU and Great Britain was set out on a reduced basis in a contract with almost 1250 pages (Source: Auswärtiges Amt ). How is BREXIT to be assessed from our point of view?

BREXIT undoubtedly represents a historic turning point. Great Britain was and is a leading nation in free trade and a model democratic state with guaranteed freedom rights for its citizens. We are of the opinion that the common market with the EU was important to the British, a political union was not, and they did not even introduce the euro.
Great Britain is not just any country, but alongside Germany and France the most important West European state economically and politically. For Great Britain, the exit could lead to a new self-confidence, which Prime Minister Johnson should inspire. He speaks of a new beginning (Source: The Guardian). England retains market access and could expand its traditional global role as a world trader again without prejudice to continental European bureaucracy. The successful city-state of Singapore could be a role model with its low taxes and efficient administration (Source: FOM) .
For the EU, a successful British development could raise uncomfortable questions, especially if the EU states fall behind economically. The narratives of a progressive political union and an EU based on solidarity, which enables transfers between states, also with the help of the ECB, which buys ailing bonds, could be damaged. Britain’s exit from the EU could lead to less freedom, less regulatory policy, more bureaucratic centralism and, last but not least, to a split between the Anglo-Saxon world and the EU, also in terms of security policy. In order to relieve the citizens of these legitimate concerns, the EU has to reckon with ever more active PR measures. The head of the EU Commission, Ms. von der Leyen, who is promoting the green deal and a Europe of the next generation, is expected to deliver here.
Europe could then move closer to China in the future. The conclusion of the investment protection agreement with China (Source: Reuters) is a new, strong signal. The new China agreement is also a poor template for closer cooperation with the US, led by Joe Biden.

The contracts would have to be renegotiated

Germany will have to pay more in the foreseeable future after Great Britain leaves and will get even less in return for a purely national perspective. The point in time for the renegotiation of the contracts, which Hans-Werner Sinn demanded (Source: Hans Werner Sinn), could already have been missed again: EU treaties, if not a German termination notice. Germany cannot manage this renegotiation once the negotiations with Great Britain have been concluded, but only if it puts its demands on the table at the same time and brings them into a joint package that regulates both internal relations within the EU and external relations with Great Britain ”

What needs to be done now?

The primary question must be how the EU can become more attractive again. We have already pointed out in our book “SOS Europa” that the EU is currently incorrectly constructed.
After BREXIT, reforms may be more difficult than ever to implement. The EU under the leadership of the President of the European Commission von der Leyen ostensibly relies on a “strong agenda”. She is not afraid to use new PR terms (“Green Deal”, “Next Generation EU” (NGEU) / Transformation of the EU Financial Constitution, “Digital Financial Union”, “Health Union”, “European Bauhaus”) dirigistic requirements, too are justified with UN requirements, to implement activistically. The EU seems to be degenerating into a planning authority that also demands direct tax revenue from its citizens for its increasingly questionable policy. Is that still sufficiently democratically legitimized?
If the citizens would agree to this, including the redistributive monetary policy for which ECB boss Christine Lagarde is responsible. It boils down to a “nationalization of the capital markets” and the permanent rescue of ailing companies (zombification), which was initiated with the long-term zero interest rates. With such a policy, which includes a “green capital management to save the climate”, the ECB is violating its mandate.
Fundamental changes in the EU in the interests of the citizens could build on examples of Stein-Hardenberg’s reforms in Prussia that are still current today, e.g. the focus on stronger regional self-government. Such a “revolution from above” close to the people could be accepted and should be confirmed in free elections in the next European elections. Then the EU would at least have a meaningful program. In future, sensible standards could be set centrally in order to enable corruption-free subsidiary administration. The curvature of the bananas is certainly not one of them.The digitization of administration, following the example of countries like Estonia, could serve as learning examples. As demanded in our book “SOS Europe”, the regional responsibilities of the areas should be clearly regulated. Why is e.g. the energy policy is still primarily national-German (the energy transition is, in our opinion, misconstructed in a planned economy)? A European constitution would have to rely more clearly than before on close coordination; this also includes foreign and security policy and thus securing external borders. In our opinion, fundamental regulatory rules on competition, trade policy or currency formation are subject to the exclusive competence of the Union. There is also an urgent need for a European constitution to safeguard citizens’ rights of freedom. The early successes of the EEC, which were based on free trade, should also be linked. Ludwig Erhard, in particular, advocated the accession of England in order to protect the more protectionism-loving French politicians, e.g. in the agricultural sector to set limits. It would therefore be important for the EU to reintegrate the British (and Americans) more closely, to rely on international free trade and the WTO, and not to rule out the inclusion of Ukraine and Russia.
It would make sense to bring Great Britain back to a reformed EU without the beginnings of a foreseeable failure of a political union of technocrats who rule from above. German politics must also change and dispel any doubts in other states that the EU is not an attempt to retry the ascent to a world power that failed after two world wars. They do not always believe that the Germans are demonstrating the abandonment of their own politics of interests and it is not uncommon for them to suspect a “hidden agenda”. France has always been credible and diplomatically adept in this regard. Realpolitik is better than an illusionary German, well-humored EU power politics (Source: Joschka Fischer on NZZ). Germany is not going into the EU, no other state invited us to. We can stand up for free trade, customs union and the rights of European values, as well as stand up for a constitution for the citizens; in terms of security policy, the whole of Western Europe remains a “dwarf state” anyway. At best it is economically presentable. Defense policy will not work without the US. The offer of the Americans (George Bush), a “partnership in leadership”, the partnership in the leadership of the West should be taken up again, Joe Biden could be ready (Source: Joschka Fischer on NZZ). These would be the first approaches to stabilize the EU again together with our US partners and to facilitate world trade again. Protectionism harms everyone, including Eastern Europe and China, and not least the British, the “inventors of global free trade”. A reformed EU that is close to the citizens, which is based on the ideas of our first Chancellor Konrad Adenauer (without him, the link to the West would not have succeeded) and Economics Minister Ludwig Erhard (he was the guarantor of a free market economy without restrictive cartels) in the early phase, would be an attractive invitation for Great Britain as a full member. That should be the yardstick for future action. That would not look backwards, but a non-socialist, liberal variant, a new “fair play” by partners who use their opportunities and do not emphasize the risks (and isolate themselves in a protectionist way). 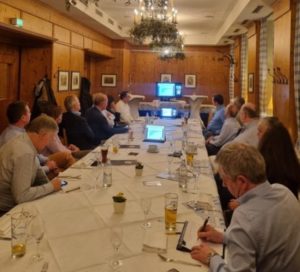 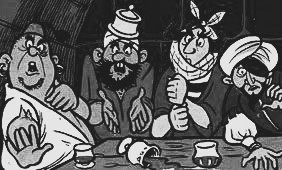 We are at a Crossroad: democracies versus dictatorships

China’s leader Xi and Russia’s president Putin meet this week in UzbekistanIn Uzbekistan, Xi and Putin will meet on the sidelines of the “Shanghai Cooperation Organization” summit. Turkish President Recep 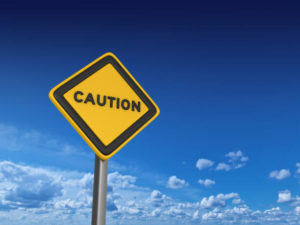 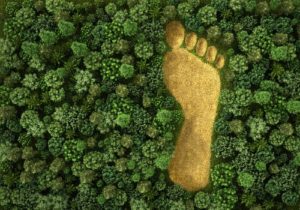 PrevPreviousWhy Friedrich Merz should become the party chairman and candidate for chancellor
NextWe remain Erhard supporters despite the contrary zeitgeist!Next